This month has been huge. I finally launched my AD&D by-the-book campaign. The amount of prep needed for this endeavor, the conclusions of my other two campaigns (OSEAF and 3.5), and my other pursuits have left me with little free time these past weeks. But as August comes to a close, the sun is bright on the horizon.

Our Neverland OSE Advanced Fantasy campaign was some of the most fun I've had since returning to RPGs. The final group ended up being three players who each ran 2-3 characters at a time. After 13 sessions of play, we've wrapped it up (for now at least), partially to make room on Sundays for a player's new Achtung! Cthulhu campaign.

I never ended up blogging about our 3.5 campaign. Though we had plenty of good times these past five or six months, it unfortunately turns out that my players (and long-time friends) are undoubtedly looking for a different kind of game than I want to run. I won't speak for them here, but will say that I am satisfied with the campaign coming to a close. I want to devote my focus to the AD&D campaign. Plus, one of the 3.5 players is taking up the DM mantle, and I'll get to be a player on Fridays!

It's finally here: the AD&D campaign I've wanted to run ever since discovering The Blue Bard and other AD&D by-the-book content. I spent quite a lot of time preparing to prepare for this campaign. What I mean is I really dove into the AD&D rules, blogs, Dragonsfoot, and other writings before thinking about my own milieu. About a month ago I decided that if I didn't kick things off for real I was going to study forever. So I put out recruitment ads and got an awesome response.

Before I continue, here's the text of the recruitment ad I put most places:

Setting-wise, I'll be trying to evoke fantastical swords & sorcery landscapes like the ones on the back of the DMG and the cover of WWN.

I have been reading the books cover-to-cover in preparation, along with many blog and forum posts. Looking for players interested in gaining system mastery with me through play.

Starting with three core books and perhaps some sprinklings of UA. Possibility of options from UA, OA, etc becoming available as a reward for play (e.g. new races being "unlocked" as PC options by other PCs connecting with those societies).

My goal is to develop a milieu which will persist for real-life years. That doesn't mean you need to make a big commitment, but simply that if you depart, the world will continue on, your characters' impacts persisting for future players.

If you're interested, send me a message. Tell me what you're excited for! We will set up a time for a brief screening call to make sure you're not some kind of lunatic.

About me: Started refereeing with 3.x in the early 2000s. Strong proponent of player autonomy. Respects the dice. Impartial, but with you on this journey. We share in the joys of victory and woes of defeat. Game > Players > Rules, but rules before rulings. Subscribes to Anthony Huso's "action and drama" view of the game, and Gary's "a compound of your personality and those of your better participants, a superior alloy" campaign philosophy. "Cultures of play" wise, I am probably closest to Classic and OSR.

Over the coming weeks I received 20+ responses varying from "intrigued" to "enthusiastic." Today I have 11 active players (each with a three-character stable) and a handful more in the Discord server, some with characters rolled and ready to go when life allows. I run the game as an open table twice a week. Some players attend both sessions. I have a spreadsheet telling me where and when each character is. YOU CAN NOT HAVE A MEANINGFUL CAMPAI–

We've stayed true to the campaign's goal. We started with two house rules and have added no more:

The first rule exists because a player asked about it, since the DMG warns against players reading it. The second rule exists mainly because I don't feel that the few mechanical interactions with this rule are worth the downsides. I'll write about that later.

These house rules live in a living document, along with the group primer, campaign primer, character creation checklist, setting calendar, setting deities, rulings, rules clarifications, tips for succeeding as a player, and other useful resources. I will likely publicize it some day.

I'll leave you with this:

People want to play AD&D. Like, really play AD&D. By the book. There are people out there like Anthony Huso, myself, and maybe even you. Some of them are in my Discord server right now talking about AD&D rules, the "weird" ones people tell you to ignore, the ones we play. If you, too are enchanted by original AD&D, you can play it, you can run it. Don't listen to the memes, don't listen to the parroting. AD&D is good. And you can learn it, too.

I'll be here. Writing about AD&D mostly, from now on. Maybe you'll see me on Reddit, letting people know that yeah, we do run psionics by the book, and yeah, I do roll a d4 for psionic encounters when the rules say to – even within one round of a cure spell.

"But what about the mind flayers?" 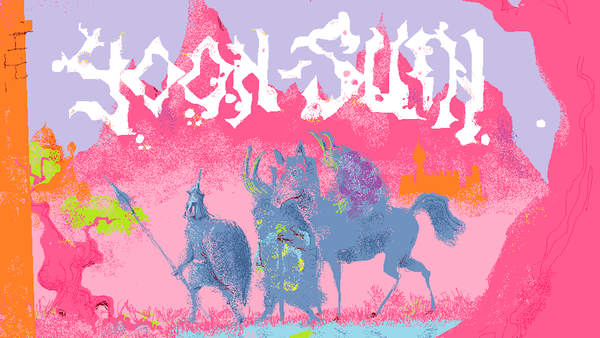 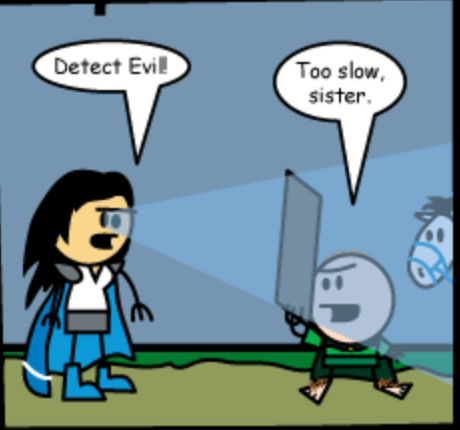