I picked up some OSE books this month to give Advanced Fantasy a go. Never being one to use a stone on a single bird, I also got a copy of Andrew Kolb's esteemed hexcrawl Neverland. The dice were cast.

I proposed an open table game in my Discord server and got interest from five gamers, some of whom are also playing in my 3.5 campaign. I scheduled Session 0 for this past Sunday.

Andrew and I are of similar mind when it comes to unusual fantasy settings, because I remember thinking Neverland could make for a killer setting. Andrew had that same idea and made it happen. He appears to have done phenomenally. Of course, I will be adding nefarious dungeons.

I read through most of the Neverland book last week in preparation for last Sunday, and prepared a document for my players with a campaign overview, the OSE optional rules we'd be using, and some custom setting stuff.

I needed a hook. Why are the PCs going to Neverland? I had a few constraints:

I went with the "magical portal" angle. It fits with the setting. Here's the boxed text I read to my players. After reading this, I continued improv-style because I don't like using extensive boxed text.

In the Kingdom of Eiovar at the bottom of the world, five great houses battle and scheme beneath the sky of five timeless gods. A Queen, Elenor, sits on a silvered throne in the Keep on the Mountainside. A monarch by name only, the battles of steel and tongue raging in the valleys below have always been beyond the domain of her weightless symbolism. The Dawnmourne family has been powerless for generations. But she has not sat idly by as her kingdom and birthright warred.

Since her ascension to the throne, Elenor has used her family’s limited wealth to fund quiet expeditions into the ancient mountains about the Keep. The magic items and wealth recovered in these expeditions have been sufficient to sustain further expeditions. But not until one early summer evening in the 21st year of Elenor’s rule did a lone survivor return from an expedition to the black depths below the Keep with an incredible discovery.

In a strange dungeon chamber, granite fountains of many shapes and sizes surround a marble arch in the center of the room. The fountains are dry, but the air within the arch sparkles and shines. Standing near the arch, an ethereal image of a jungle island can be made out among the glimmering motes that swirl about its center. A portal to an unknown land.

The idea is that Elenor wants the PCs to go through the portal and bring back magic items and wealth to empower House Dawnmourne to stomp out the squabbles of the five other houses and regain rightful command of the Kingdom.

This could be seen as "generic" or "classic." I think of it as "classic," and feel like this angle lends itself to the dark fairytale vibe Neverland offers, the vibe I want to encourage. My players seemed to find it agreeable. I'm happy with that reaction, given I only had a couple of days to prep.

The gods and houses

Obviously the focus of the campaign should be on Neverland, but to color the Kingdom a bit I provided players with an overview of the aforementioned five gods and five houses.

The gods were basically needed for the clerics to choose from. Since any PC knights' loyalty must lie with House Dawnmourne, the houses were not as important. However, I told the players that a knight could have defected from one of the other houses, or otherwise decided that the greatest way to serve their people would be to assist Dawnmourne in restoring the monarchy. No one chose that option; all knights are of House Dawnmourne.

The thought of the gods brings a measure of peace to the people of a chaotic realm. These gods do not have genders and are never personified. The concept of depicting a god as a humanoid or beast is foreign to Eiovarians. The gods of Eiovar are as follows:

Venha, God of Reflection. Symbols include the hearth, pipes, chairs, stools, and books.

Riswa, God of Discovery. Symbols include the lantern, torches, staves, paths, and compasses.

Foresi, God of Change. Symbols include the sword, wine, leaves, wind, and rain.

Eiovar is officially ruled by the Dawnmourne throne, but true power rests with the other five houses. All land in Eiovar outside the Keep on the Mountainside is claimed by one house or another – sometimes more than one. All houses are controlled by the human families they are named for, and by those they have adopted via marriage or blessing.

Nothing crazy, just a bit to color the PCs' origins. The focus needs to be on Neverland.

I provided the players with a list of which OSE optional rules are in effect. Remember that I want to play BTB, and so am avoiding house ruling anything for now. It's either the BTB optional rule, or nothing at all.

For session 0, everyone rolled three characters each, resulting in a combined stable of 16 characters. Ability scores were done 3d6 down the line.

I explained the following:

I had everyone message me their characters' alignments privately, since the rules state that the referee is the only one who a player must share a character's true alignment with.

One last thing of note is the class domain abilities. If a character qualifies for one of these abilities and desires to use it, I shall adapt the ability appropriately for the setting. For example, a barbarian would have a hard time attracting a horde of their peers on Neverland. So who do they attract instead? Much to think about.

It was a strong session 0. To my knowledge, this was every player's first time creating a character stable. I'm pretty sure there was some pre-session concern about this from players used to trad play, but in the end it seemed to me that everyone had a good time. Players tell me they are excited.

Get an email if I make something cool. 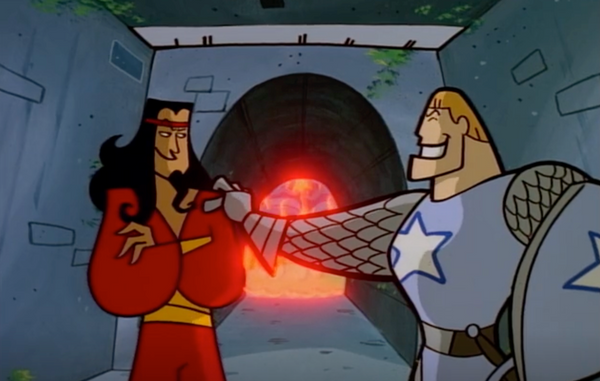 It's the 25th anniversary of the Dexter's Lab episode that introduced me to D&D. 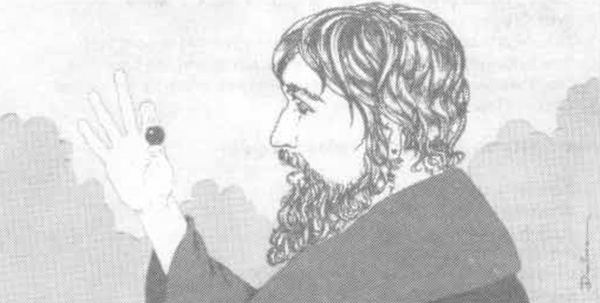 A look at turquoises in AD&D's glorious "Reputed Magical Properties of Gems" table.

Both players and referees are responsible for adding goodness to the campaign.